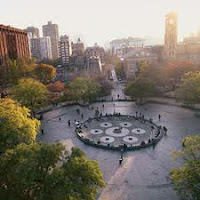 The Falak Sufi Scholarship is to honor her memory and to support students from countries with a majority Islamic population in South Asia who might not otherwise be able to obtain a graduate education. These students, preferably female, will be enrolled in the two-year master’s program in Near Eastern Studies.
The holders of this scholarship should embody the intellectual spirit and promise of Falak Sufi, and possess a deep and abiding commitment to the role of women in academia and to the questions that she explored, primarily the study of gender in the countries of the Near East, Middle East, and/or South Asia with a majority Islamic population.

For 2011–12, the scholarship includes an academic-year stipend (a minimum of $23,046), tuition, student health insurance, and registration and services fees for up to two years, provided that academic standards of the Graduate School and the graduate program are met.

Application information for all potential students to the master’s program in Near Eastern Studies can be found online in the GSAS Application Resource Center. The online application for admission is also the application for all Graduate School financial aid. No additional forms are required. If an applicant explicitly wishes to be considered for a Falak Sufi Scholarship, that person should add one paragraph to the application’s “Statement of Purpose” explaining how the candidate meets the criteria for the scholarship and how the award will enable the candidate to pursue graduate education.

The application deadline for fall 2011 admission is January 4, 2011.
Questions about the Falak Sufi Scholarship should be directed to gsas.admissions@nyu.edu.